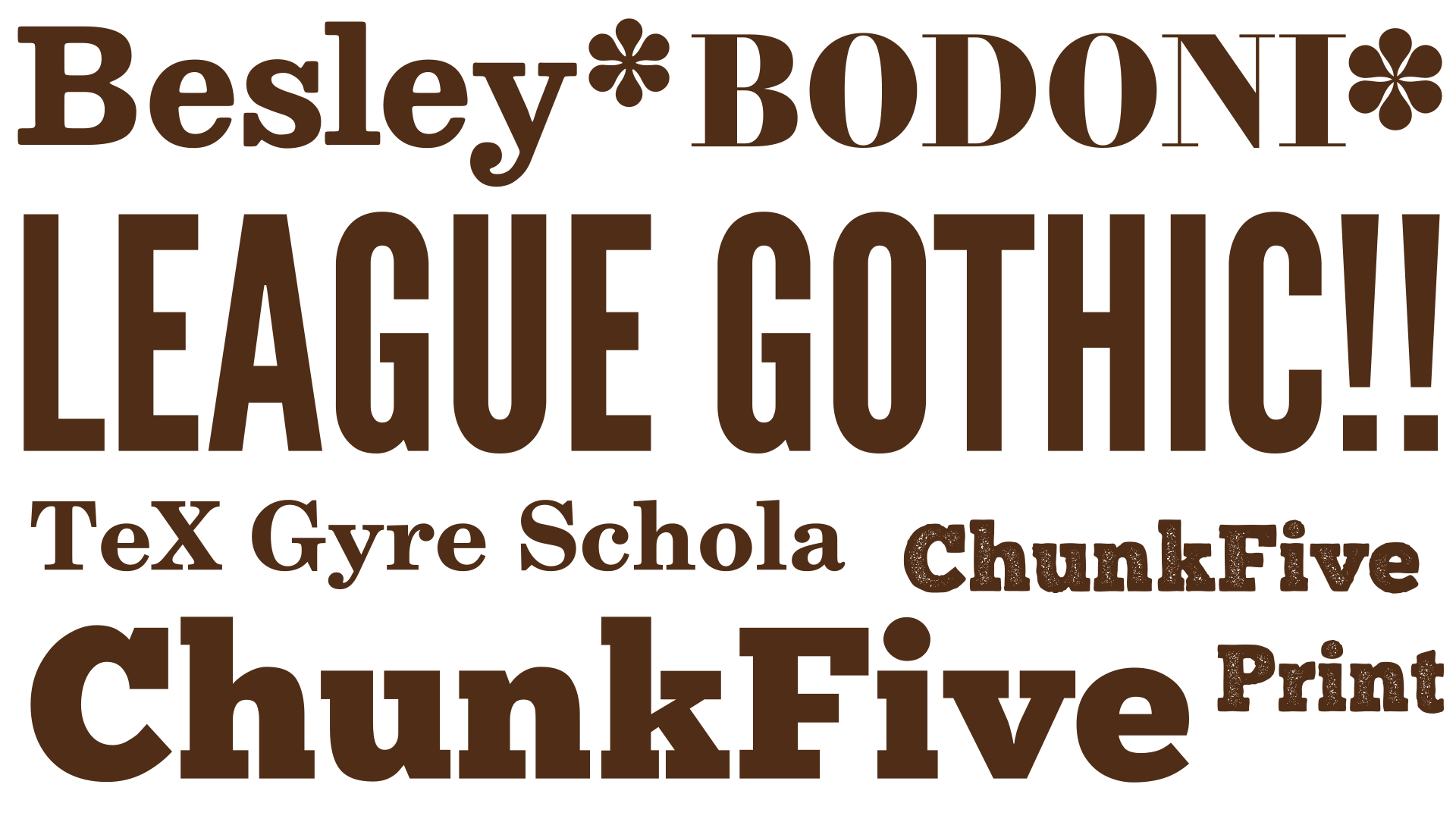 Any self-respecting cowboy knows that design is an essential skill. How else would we write WANTED posters, or put titles on our cowboy albums?

At the center of good cowboy graphic design is good fonts. The more the better! Cowboys are known to put all sorts of big, bold, and varied fonts in all their design work. The bigger and the bolder the better! There’s no such thing as too many fonts on one cowboy poster! Fonts should roam as wild and free as the cowboy heart!

To help the modern cowboy designer get a head start on a good typographic tool kit, I’ve hand-selected some high quality cowboy fonts! All fonts in this pack are free to use for whatever fun projects you’ve got in store. Below is some information on the fonts and designers that made them!

Of course the MOST important thing to know about cowboys and their type design is that they were highly experiential, trail blazing, weren’t afraid to break all the rules and make a mess. Using these fonts might give your cowboy work an historical accuracy, but the true cowboy spirit is in the new! Honor the cowboys of past by pushing the boundaries, and using letters in such new and exciting ways that your contemporaries will call it “grotesque”!