I don’t draw much, but the other day I was playing around with the idea of doing a set of three sketches. One close up, one less close, and one far away. The drawings would be of the same thing, just different perspectives. What would this do to the subject matter?

Then I got the idea of doing a set of three sets of three drawings. One literal set, one more abstract set, one fully interpretive set. I started playing around with napkins. 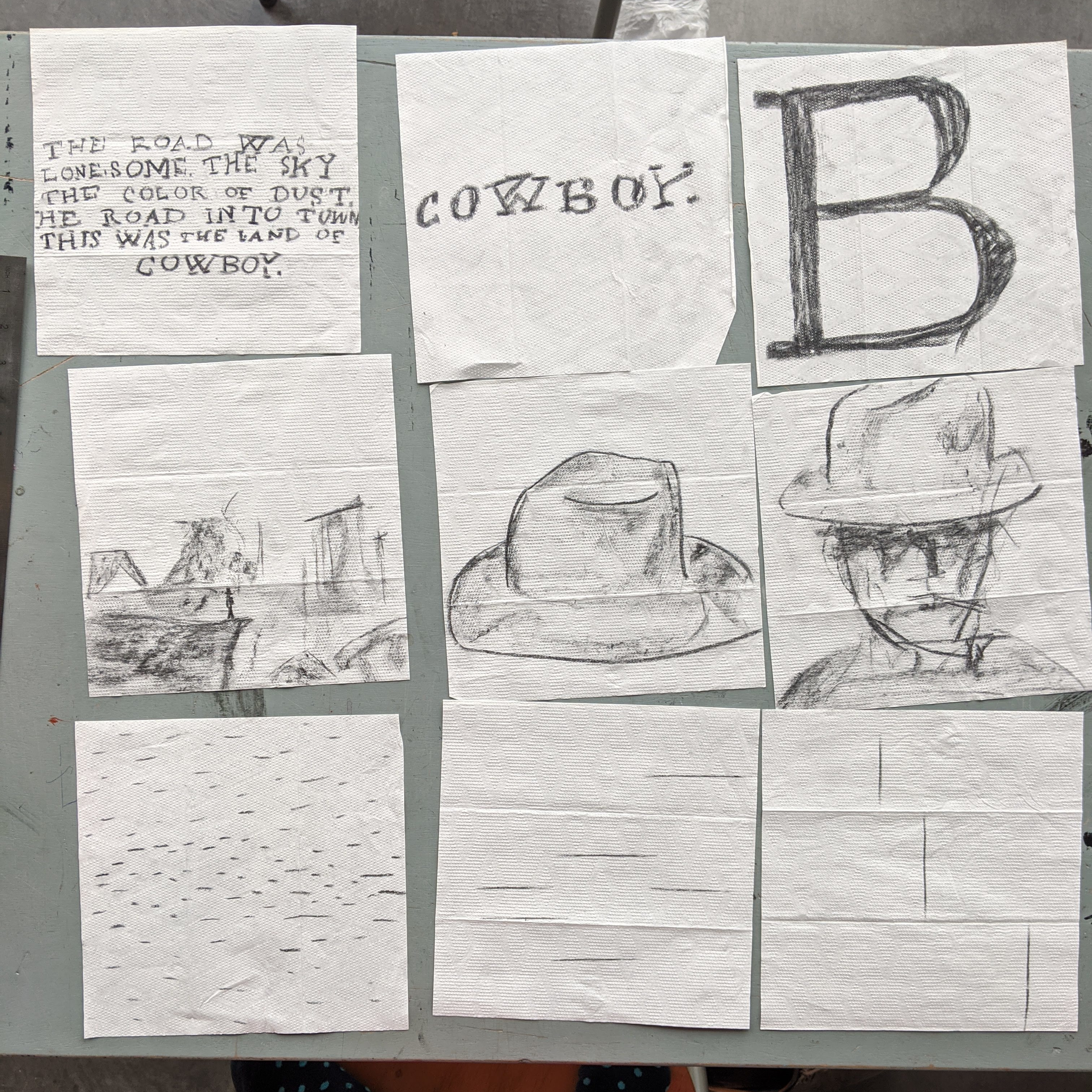 I like how it tells something of a story. If you were to present the landscape first, cowboy second, and hat third it would tell a different kind of story then if it were to be presented the other way around.

I also like how having words changes the way I interpret what would otherwise just be a bunch of lines. Somehow the lines become a cowboy.

I went ahead and bought proper paper and did another round. 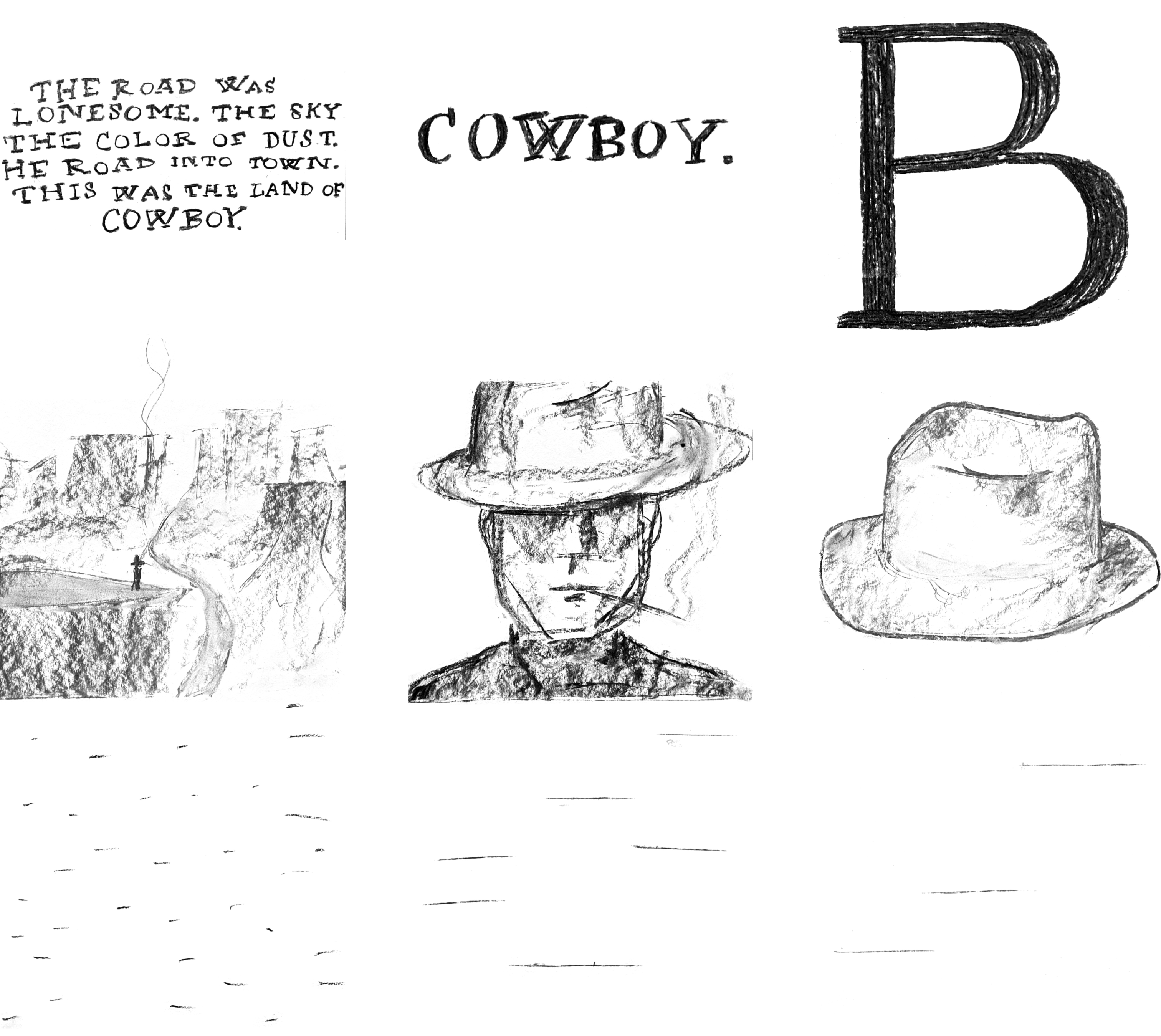 I’m releasing them as a set of three very tall drawings. You can print them out and make a set of posters with them. Shuffle them around and see what kind of stories emerge.