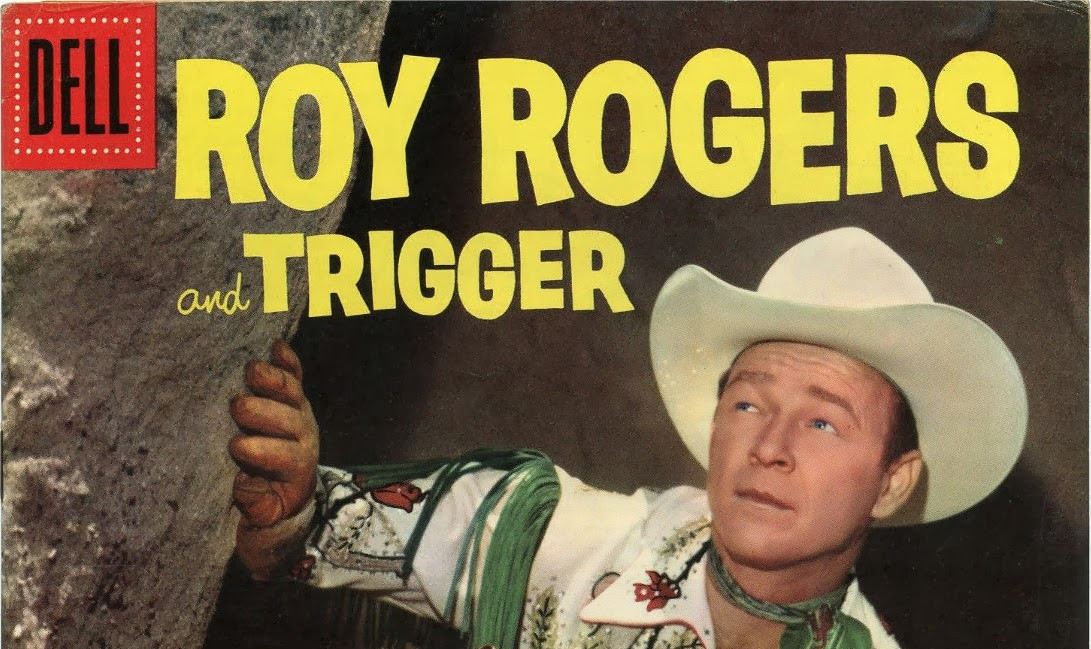 “A little song, a little riding, a little shooting and a girl to be saved from hazard” was how a Christian Science Monitor writer once described The Roy Rogers Show. The program was first broadcast in 1944 on the Mutual Network, and switched between that and NBC over the decade it was on the air. The show was originally sponsored by the Goodyear Tire and Rubber Company, and later Miles Laboratories, Quaker Oats, Post Toasties and Dodge automobiles financed this popular evening western adventure.

Roy Rogers, the “King of the Cowboys” in the movies, was the star. Naturally, his iconic steed Trigger played a big role on the series, as did Roy’s group the Sons of the Pioneers, who originally provided the vocal music along with Roy and the lovely Pat Friday. A year later, Roy’s new wife and co-star Dale Evans joined the program (along with her horse Buttermilk), as did the Riders of the Purple Sage and Foy Willing. Roy’s comical sidekicks included former Sons of the Pioneers member Pat Brady and the legendary Gabby Hayes, as well as Forrest Lewis, who portrayed the wisest trail scout of them all, Jonah Wilde.

The show was transcribed from the outset, as Roy’s contractual obligations precluded him from performing live. The program’s original opening theme was “It’s Round-Up Time on the Double-R-Bar”, which was also the name of Roy’s fictional ranch in Paradise Valley on the series. This was later supplanted by the famous “Happy Trails” song, written by Dale Evans. Roy would often close the show, in reference to his Christian beliefs, with the phrase “Goodbye, good luck, and may the good Lord take a likin’ to ya.”

The information in this synopsis was culled from Radio’s Golden Age by Vincent Terrace and On the Air: The Encyclopedia of Old-Time Radio by John Dunning.

This is a production of the Old Time Radio Researchers Group.

It contains the most complete and accurate version of this series in the best sound possible at the time of creation. An updated version will be issued if more episodes or better sounding ones become available.

If you are interested in preserving old time radio, you may wish to join the Old Time Radio Researchers Group at Yahoo.

This is the Single Episode version of the archive. The more complete, Certified Set, includes extras not found here. It is located at OTRR Certified Set which is hosted on Internet Archive. This page is provided in case you want to sample the shows.