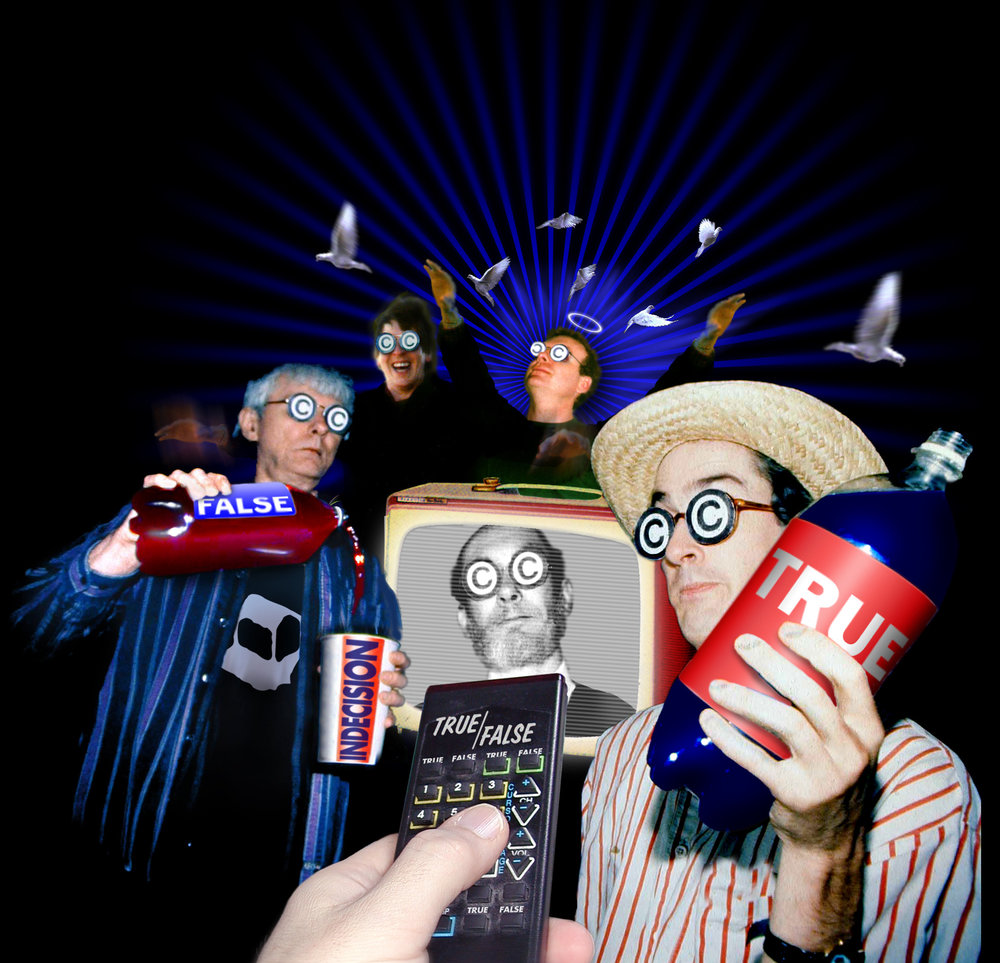 Mixing original materials and original music with things taken from corporately owned mass culture and the world around them, Negativland surreally re-arrange these found bits and pieces to make them say and suggest things that they never intended to. In doing this kind of cultural archaeology and “culture jamming” (a term they coined way back in 1984), Negativland have been sued twice for copyright infringement.

While it is true that, after being sued, Negativland became more publicly involved in advocating significant reforms of our nation’s copyright laws (even finding themselves being brought to Washington DC and Capitol Hill as citizen lobbyists for copyright and art issues), Negativland are artists first and activists second. All of their art and media interventions have intended to pose both serious and silly questions about the nature of sound, media, control, ownership, propaganda, power, and perception in the United States of America. Their work is now referenced and taught in many college courses in the US, has been written about and cited in over 150 books and legal journals, and they sometimes lecture about their work here and in Europe.

While their tactics and art practices have now become something a tween can do with a few clicks on their smartphone, Negativland is still interested in unusual noises and images (especially ones that are found close at hand), unusual ways to restructure such things and combine them with their own music and art, and mass media transmissions which have been sources and subjects for much of their work. Negativland covets insightful humor and wackiness from anywhere, low-tech approaches whenever possible, and vital social targets of any kind. Foregoing ideological preaching, but interested in side effects, Negativland is a subliminal cultural sampling service concerned with making art about everything we aren’t supposed to notice.